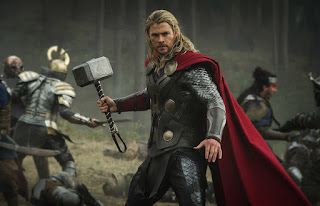 Doug McCallum was elected mayor of Surrey on a promise to get rid of the LRT and the RCMP, both of which I completely support. That' why I voted for him. Post Media propaganda has been opposed to both despite the election results. "There's a lot of anger going on here and the secrecy going on behind it," added Joseph Edwards, a retired 15-year veteran of the Surrey RCMP. "We don't think they are being truthful... Why is everything a secret?"

It's a secret because the RCMP and the MSM are trying to stop it from happening. We need to move past this. Surrey is the largest City in Canada that does not have it's own municipal police force. The campaign to keep the RCMP despite the election results shows how corrupt the RCMP still is. They have no desire whatsoever to investigate organized crime. They have no desire whatsoever to stop or restrict the Hells Angels drug trafficking in Surrey. They still watch the drug dealers come out of Shakerz to the Dell bowling alley and load the drug dealers on King George Hwy with drugs. They watch it happen without stopping it.

The Hells Angels have hired the Brother's Keepers to bring more violence to Surrey and the RCMP do nothing to stop the violence. They promote the violence by promoting the Hells Angels drug trafficking network. The RCMP have members of the Wolf Pack in the Witness Protection Program cashing in on the rat out your rivals program and give those members of the Wolf Pack police escorts while they sell cocaine. That needs to stop. This is why we need a municipal police force in Surrey. The RCMP refuse to listen to the citizens who pay their wages.

The RCMP class action sexual harassment suit is one thing. IHIT investigators sleeping with witnesses is another. Shooting hostages is yet another. The list goes on and on. Post Media News is corporate trash trying to brainwash taxpayers into promoting organized crime. I do not support either. That is why I support Doug McCallum. It's really a no brianer.

Overwhelming support for SkyTrain in Surrey and Langley

The Daily Hive is reporting that "There is a consensus amongst local residents in Surrey and Langley, and across the region, that SkyTrain is the right technology decision for the Fraser Highway rapid transit project between King George Station and Langley Centre. TransLink released the findings of the first stage of its public consultation for the proposed Surrey-Langley SkyTrain project, which received nearly 21,300 survey responses, with about 17,000 from residents in Surrey and Langley. The survey was conducted throughout April. This is the breakdown of support for the project as a continuous extension of the Expo Line:

I guess Post Media Trash won't be reporting on that.