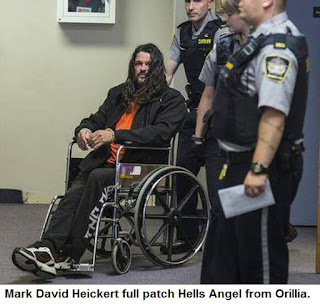 The Chronicle Herald is reporting that "An Eastern Shore man has entered guilty pleas and an Ontario man is expected to follow suit next month in a drug case involving the Hells Angels outlaw motorcycle gang. Paul Francis Monahan, 62, of Ostrea Lake, near Musquodoboit Harbour, pleaded guilty recently in Dartmouth provincial court to three charges: trafficking marijuana, conspiracy to traffic cocaine and conspiracy to possess proceeds of crime."

Nova Scotia investigates Hells Angels drug trafficking, BC does not.