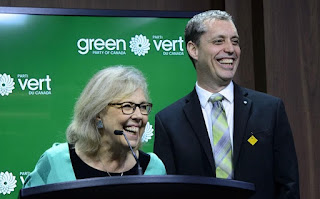 Global is reporting that "Green Party MP-elect Paul Manly openly questioned the “corporate media’s” coverage of the 9/11 terrorist attacks and whether there is additional evidence that would reveal a different explanation for the attacks." Finally someone with a brain. Global is trying to discredit him and make him sound like a wing nut. IF he said the third tower collapsed into it's own blueprint at freefall speed due to heat and fire, THEN he'd be a wing nut. He did not say that.

When Global confronted him for something he said on a podcast years ago Paul Manly replied “There are a lot of conspiracy theories when it comes to 9/11 and I do not subscribe to them, but when people remember the official story of 9/11 it was that Saddam Hussein was directly involved with the bombings of 9/11. We now know that is not true.” Exactly. First they said it was Bin Ladden but the confession video didn't look anything like Bin Ladden.

One has to wonder why on earth is Global sounding like a cheap tabloid all of a sudden. It's because it's now owned by Post Media News. That's why. In contrast, the Toronto Star reported that "Green Leader Elizabeth May introduced Ottawa to incoming MP Paul Manly, whose victory in the former NDP riding of Nanaimo-Ladysmith appears to have both energized May's party and prompted a warning from former New Democratic MP Svend Robinson. He called the Green breakthrough a “wake-up call” for Jagmeet Singh’s NDP to take a more aggressive stance on climate change and the environment." Indeed. Wakie wakie achy breaky.