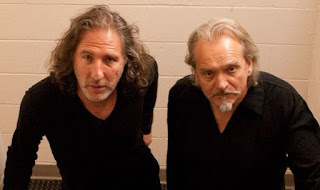 The South China Morning Post is reporting that "Chinese Foreign Minister Wang Yi has issued a veiled warning to the United States not to undermine China’s relations with Russia and criticized outside interference in the relationship between the two countries. Visiting Sochi on Monday for meetings with counterpart Sergei Lavrov and Russian President Vladimir Putin – a day before the Russian pair met US Secretary of State Mike Pompeo – Wang said China-Russia relations set an example beyond compare, while the world was in chaos and disorder”.

Warning the United States not to undermine China’s relations with Russia is about as ridiculous as the US warning Russia not to meddle in their next election. That hoax has been well over played. Hilary and Bill Clinton sold Russia weapons grade uranium for their missiles. That was no hoax. The only chaos and disorder I see are within the walls of China's censorship. We remember Tiananmen Square. That was real. It was no hoax.

The only chaos and disorder I see is the execution of political prisoners in Communist China for organ harvesting. That modern genocide in the new evil. Nothing to befriend there. Putting people in jail for their religious beliefs is very outdated. It's kind of neanderthal actually. You need to get an education. Oh right, in Communist China's cultural genocide intellectuals were murdeed or imprisoned. They don't want people thinking for themselves.

I do see a lot of disorder in Venezuela created by the CIA in yet another oil coup which they are trying to resurrect in Iran. God Dam the oil war man. When are we going to start bringing Russian oil tankers into the Port of Vancouver to counterbalance the Great Vancouver Gas Fraud? We need a free market. We do not need oil monopolies. Russian oil tankers can break the monopoly.

On a side note, The UK Express is reporting that 80's pop duo Wang Chung announce their first London gig in 25 years. They're remixing with an orchestra. Everybody Wang Chung tonight.