Another act of Judicial Treason 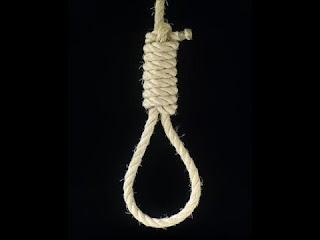 The Canadian Press is reporting that "A court has ruled that British Columbia cannot restrict oil shipments through its borders in a decision that marks a win for the Trans Mountain pipeline expansion and Alberta's efforts to get its resources to overseas markets. The province filed a constitutional reference question to the B.C. Court of Appeal that asked whether it had the authority to create a permitting regime for companies that wished to increase their flow of diluted bitumen. A five-judge panel agreed unanimously that the amendments to B.C.'s Environmental Management Act were not constitutional because they would interfere with the federal government's exclusive jurisdiction over interprovincial pipelines." That is obscene.

It's time for a judicial review because our justice system is clearly broken. They're basically saying we don't live in a democracy. They're saying that the people of British Columbia can elect a government but that government may not negotiate on their behalf and may not protect the environment. This is NAFTA Chapter 11 all over again. It's like saying if Alberta wants to dump toxic PCP chemical waste in BC, BC can't stop them if Ottawa agrees. That is wrong.

John Horgan asked Raging Rachel two simple questions. He expressed a concern about tanker traffic and asked how do we control the flow of tar sands bitumen if the tanker traffic becomes too congested with all our other ship traffic. She said you don't. She said we have no say in the amount of tanker traffic leaving our port. That is morally wrong.

John Horgan then asked what happens if there is a spill? Who pays for clean up? Raging Rachel said you do. We won't pay a dime. That is morally wrong. I was hoping a Conservative would have the sense to say we would split the cost of clean up. I was sadly mistaken. We cannot negotiate a trade agreement with those terms.

Pipelines already exist for tar sands bitumen to Chicago and Detroit. They don't want it any more because of the petroleum coke byproduct. Chicago and Detroit are allowed to say no but Vancouver is not? That is morally wrong. It's time for a judicial review.

So what does this decision mean? It means there is not a snowballs chance in hell that I'm voting for Andrew Scheer or Maxine Bernier. I'll vote for someone who is willing to recognize the validity of our concerns. That is what this decision means. Exposing Alberta's lies once and for all