Taking counsel from the Dalai Lama 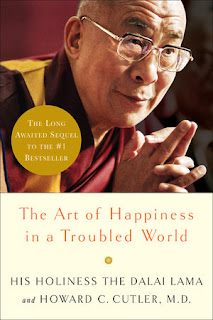 I just picked up two new books: The Art of Happiness in a Troubled World by his holiness the Dalai Lama and Howard C. Cutter, MD and the pocket Dalai Lama compiled by Mary Craig.

I also like the book The Art of Happiness in a Troubled World. I like the way it's written. You don't really picture a Zen master standing at a pulpit preaching a sermon. You'd picture him pointing the way to enlightenment. In this book, Howard C. Cutler, who is obviously educated, starts talking about subjects then asks the Dalai Lama for his insights which he gives. This is kind of what you would expect from a Zen master.

One of the sections of the book explores the causes of violence. It discusses the roots of violence and ways to overcome fear. I assume they threw that in because anger is a secondary emotion. We experience anger when he have been hurt or experience fear.

To control our anger we must face our fear. 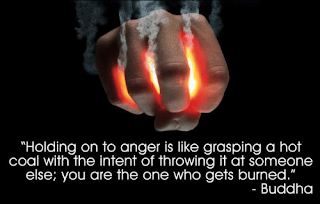