10th Anniversary of the Gangsters Out Blog 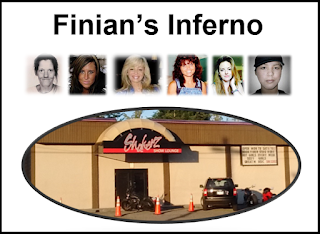 Today is a milestone. It is the 10th anniversary of the Gangsters out blog. 10 years ago today was my first blog post. 10 years of death threats, legal challenges along with defamation campaigns and what have we accomplished? Not much. Not much has changed really. The police corruption and the political corruption that profits from gang violence continues unabated. That is my beef.

In my second ever blog post I noted how news of the Vancouver Gang war had spread to England. The Independent reported on the situation and said "From heaven to hell: 18 die as drugs war rages on streets of Vancouver." Since then a lot more than 18 people have died.

In 2013 I put out a pamphlet called Misconceptions: Connecting the dots between politics and organized crime. In 2014 I put out a free ebook called Stand True: Civil Liberty and the Hells Angels Drug Trafficking Network. This year I launched a new ebook called Finian's Inferno: What's done in the dark will be brought to the light. Stay tuned.

Posted by Dennis Watson at 3:28 AM