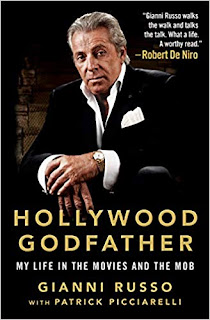 I finally started reading the book Hollywood Godfather about the life of Gianni Russo. The New York publisher asked me if I'd like a copy of the book and I said sure, I love New York. New York and I have past history back in the day. The term Hollywood Godfather set me back a bit. After all Hollywood is so plastic and artificial. However, it turns out Gianni is from New York City. He was raised within Little Italy in Manhattan. John Gotti's stomping grounds. That carries credibility.

Unlike my old friend and former associate Curtis Sliwa, I would never make fun of John Gotti. I respect the Dons. I don't condone what they do but I recognize that without the Dons there is no order on the street. The real Dons maintain a code the new kids on the block can't comprehend.

Gianni payed a role in the famous movie the Godfather. He played a sh*t bag in the movie who married a mafia Don and beat her up. The Don then rightfully kicked the sh*t out of him in the street. That would be what we refer to as a natural consequence - street justice. I recognize that it was just a role in a move and that role he played was very different than his real role in life. It was good to demonstrate that the Italians did not tolerate mistreatment of their women.

Gianni knew John Gotti. Gianni said that the mafia paid for John Gotti's love for the media and that someone forgot to tell him the mafia was supposed to be a secret organization.

Gianni even had an interesting iteration with Pablo Escobar. I'm not going to reveal the continents of the book, you're going to have to read it for yourself but I will say it's worth the read. Cheers. 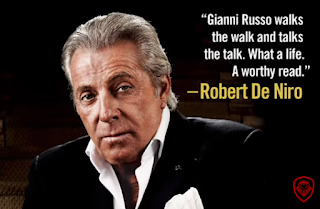