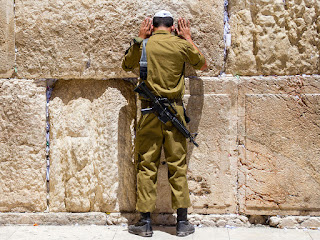 This is kind of strange. The New York Times is reporting that "After the April 9 election, Mr. Netanyahu and his conservative Likud party had seemed poised to easily form a coalition with his right-wing and ultra-Orthodox allies from the previous government. But he got caught in a battle of wills between Avigdor Lieberman, the leader of a small ultranationalist and secularist party, Yisrael Beiteinu, and the powerful alliance of ultra-Orthodox parties over a new military service law that would conscript some ultra-Orthodox men."

When I was in Israel many years ago, I did not realize that the ultra Orthodox Jews known as the Haredim were exempt from military service. Everyone was required to serve in the military. Although I passionately support the freedom of religion I will say that the Haredim's refusal to serve in the military is the most hypocritical thing I have ever heard of. No offense.

It is no wonder that Liberman's bill to draft ultra-Orthodox Jews into the military was meeting opposition from the draft dodgers. I'm wondering if the Haredim ever read anything about a man named Joshua and his commander a guy named Moses. How Moses led them to battle and how Joshua took up the command after Moses died. I'm wondering if the Haredim have read anything about their history at all. Evidently not. They must have skipped over the part where the Levites were forced to take up the sword and slay 3,000 traitors from within before the children of Israel were prepared to go to battle against the foreign enemy.

There's another story in the Israeli news that's even more disturbing. The Jewish community in Australia is calling for Israel to extradite Malka Leifer to face numerous charges of sexual abuse. There should be no hesitation in that extradition. Where there is no justice there will be no peace. 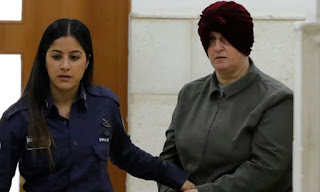