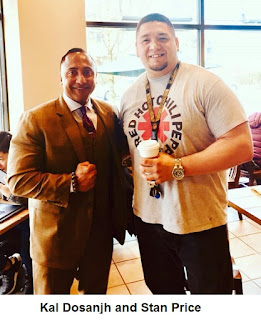 I had a very positive conversation with Shane Knox last night. He and Stan Price have left the life and have teamed up with Kal Dosanjh from the Kids Play Foundation to encourage youth to stay away from gangs. In fact, Stan recently spoke in Surrey to high school students at LA Matheson with Kids Play. Kal is a cop from Vancouver PD in the DTES. Jim Fisher was a bad cop but Kal Dosanjh is a good cop. They do exist and they do make a difference. 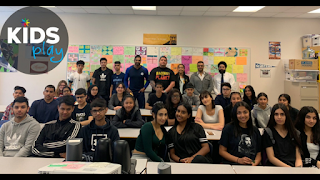 Stan Price goes without introduction. He is one of the founders of Redd Alert in the DTES along with Steel and Glen. He is the real deal. Kal is buff while Stan is huge. Kal Dosanjh is a straight up father with self respect. He isn't a dirty ass swinger like the other trailer trash out there we keep hearing about. Kal's 5 Rules of Happiness are: 1. Don’t hate 2. Don’t worry 3. Give more 4. Expect less 5. Live simply. Kal has his sh*t together. 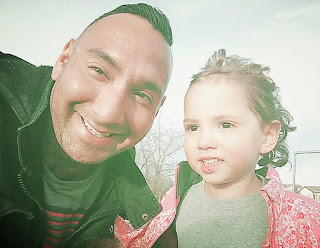 Shane Knox also goes without introduction. He was with the UN and had a dramatic attempt on his life in Calgary. I asked him about it and he confirmed what was reported in court and caught on security cameras. A gunman met with his GF and put a gun to her head. She called out to Shane and Shane wrestled the gun away from him. As they were wrestling, the gun went off and hit his GF. Shane got the gun, pointed the it at the gunman and told him to leave.

He took the elevator downstairs to find his GF and was confronted by five guys one of which had a Mac10. Shane pulled out the gun that he took from the previous gunman and it jammed. He then charged the group disarmed them and pistol whipped them. This is as real as it gets. 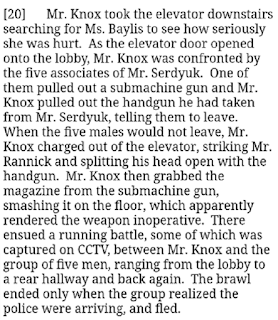 Now Shane has a two year old daughter and left the life completely. He has teamed up with Kal Dosanjh from Kids Play and is encouraging youth to stay away from gangs. Good on him. Shane's brother Mike Hammersley has also left the life and is also now a single Dad.

Mad harsh respect. Kal Dosanjh hosts free education seminars and sporting events for at risk youth as a gang prevention and awareness measure. That is awesome. End Gang life sucks and is useless. The Free hugs campaign is ridiculous. They're just a money grab for police officers to wrack up overtime. Kids Play is a genuine nonprofit organization that cares about kids.