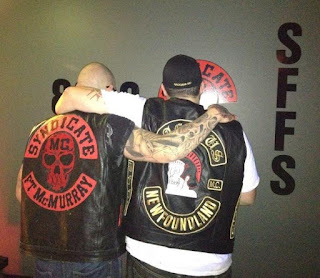 The Calgary Sun is reporting that "Two outlaw bikers linked to the Hells Angels and a third person have been arrested following a two-year investigation into drug trafficking activities. On April 30, members of the Alberta Law Enforcement Response Team (ALERT) concluded Project Rocker by raiding three homes in Red Deer, where they seized three kilograms of cocaine, 2.8 kilograms of marijuana, a handgun and SKS rifle, four vehicles and $78,794 in cash. Along with nine kilograms of cocaine buffing agent, the items seized are worth $350,000, say police. Authorities say two of those arrested, Casey Chapin, 33 and Joel Befus, 32, are full-patch members of the Syndicate outlaw motorcycle club, which is a support group for the Hells Angels."

This is what the BC Gang task force is *supposed* to do but stopped doing after the huge success of the OMGU in Kelowna back in 2012. MONEY LAUNDERING IS NOT THE PROBLEM. Street level drug trafficking is. That is how you cut the head off the snake. 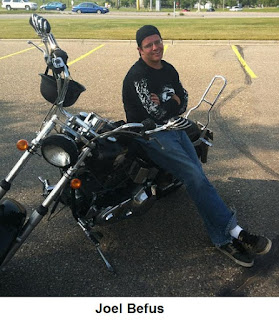