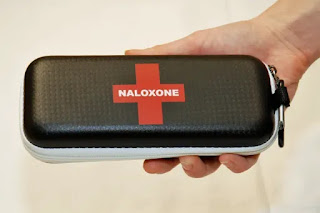 I stand all amazed. What's done in the dark will be brought into the light. I had an enlightening discussion with the owner of Motorcycle world in Surrey today. This is the guy who was in the paper complaining about the Surrey Strip because it was killing his business.

I asked him how it was going now that the Surrey Strip had been cleaned up. Horrible he said. I wish they were back there. I was shocked. It turns out that crime and open drug use on King George Highway has increased dramatically. Putting the homeless into modular homes was a good thing. Not enforcing the law and arresting the drug dealers on King George was not. That new policy of tolerance has made the problem grow exponentially.

One of the problems is that they want to put more modular homes into the area. Why in God's name would they do that? Do they really want to attract every drug addict in Canada to Whalley? That will not see an improvement in the area. Get this. The property they put the existing modular homes on is owned by Bosa. They pay Bosa $30,000.00 a month to lease the land. Bosa contributes to the political parties and gets a huge tax paid contract just like SNC-Lavalin.

Who owns the property they want to put more modular home son? You guessed it, Bosa. The city owns a vacant lot half way down King George Highway. Instead of putting the new modular homes there, they want to put them on prime real estate so they can burn tax dollars and make Bosa rich. That is morally corrupt.

I saw the RCMP move a drug dealer off of the Surrey Strip after they cleaned it up. Now they let them sell drugs right on King George highway in plain view without stopping them. That is completely insane. This morning the owner said there was a guy smoking crack right outside his door when he opened up for business. I asked him if it was a straight glass pipe or if it had a round ball at the end of it. It had a round ball. That means he was smoking crystal meth.

This brings us back to the Surrey Crime Prevention Meeting of 2008. Nothing has changed it's only gotten worse because they are letting the drug dealers sell crack and crystal meth in plain view right on King George Highway in front of the businesses there. This is not the New York model. This is not what we had planned for Whalley.

Once again we are facing unequal protection of the law. A few construction workers crossed King George on their break to get a pop from the dollar store. The police gave them a ticket for jay walking. The police will ticket someone with a job for jay walking but they won't arrest a drug dealer for selling crack, crystal meth or fentanyl. That is just plain evil.

Instead the cops will press the pedestrian walk button and ticket people for running the light. This is why people hate cops because a lot of them are complete dicks. What we are doing on King George in Whalley is wrong. This cannot continue.

The business owner said one day he saw a guy literally beating the life out of a woman in the middle of King George Hwy. He had her on the ground and kept lifting his fist in the air then punching her with full force. I asked if it was a pimp beating a crack hoe. Probably he said. Someone pulled the guy off of her then he went right back to beating the life out of her again. This is the Janice Shore story all over again in broad daylight for everyone to see.

These are the drug dealers that sell drugs for the Hells Angels. The drug dealers are the pimps. They give the sex trade workers drugs for free then take all their money when they get a trick. That is human trafficking. There is nothing consensual about it. Then they brutalize them for everyone to see as a warning to the others. This cannot continue any more.

We need to spend some money on treatment. They hand out so many of the Naloxone kits that the homeless simply throw them out. They even use them to wipe their ass with when they take a sh*t. The business owner says when they consistently dump unused Naloxone kits outside his door with human feces on it, what am I supposed to do with that? These Naloxone kits are part of the Pharmaceutical fraud burning tax dollars through drug promotion.

Recently the business owner had an alarm call from a broken window. The police showed up and didn't see any broken glass other than a small hole from a bullet. No one had broken into the business this time. The police ended up charging the business owner $130.00 for a false 911 call. Someone shoots a gun at his store and the police charge him $130.00. That is f*cking outrageous. God damn you all.

Then there's the property tax. Everyone's property tax in the area has dropped. His has doubled. Now he definitely has to move because he simply can't pay it. They aren't lowering taxes for small business they are increasing them at an outrageous rate. This kills the economy it doesn't help build it. We want to attract business into the area not chase them away.

The drugs are coming right out of the Dell bowling alley straight from Shakerz. The police know that but will do nothing to stop it. That is criminal culpability. Marcus Aurelius had a dream for Rome. This is not it. This is the parasite economy Catherine Austin Fitts warned us about.