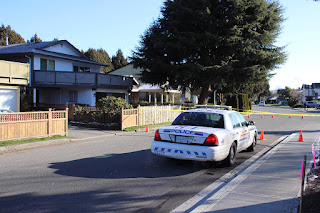 The Surrey Now Leader is reporting that "Richmond RCMP say that a man’s body was discovered Wednesday in what they believe to be a clandestine drug laboratory. In a news release, the Mounties said that the body was found in the 4600 block of Princeton Avenue shortly after 3 a.m. while officers were searching for a missing person. Investigators said the man found dead matches the description of someone reported missing locally on Sunday. Police said foul play is not suspected, and that there is no immediate threat to public safety."