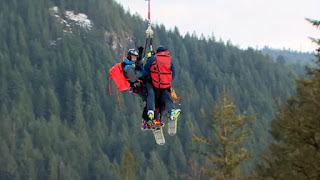 The Canadian Press is reporting that "Searchers discovered the body of a missing snowshoer in avalanche debris on Vancouver's North Shore on Wednesday, two days after he was swept away. Peter Haigh of North Shore Search and Rescue says searchers made the discovery on Runner Peak, north of Mount Seymour. He says the BC Coroners Service will investigate the cause of death but the man appears to have suffered trauma when the avalanche hit. The mother of the 39-year-old Surrey, B.C., snowshoer has identified him as Remi Michalowski."

My condolences to the family. His companion was swept into some trees by the avalanche and was rescued Monday. I'm having a hard time visualizing the trail to Runner's Peak. They say it's in the saddle between 2nd and 3rd peak but I thought the trail to Mt Elsay was just before 1st peak. It's a summer trail. I've been to 3rd peak lots but I've never been to Runners Peak. 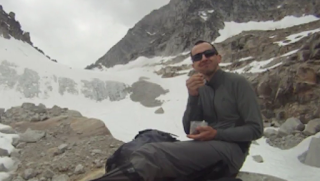