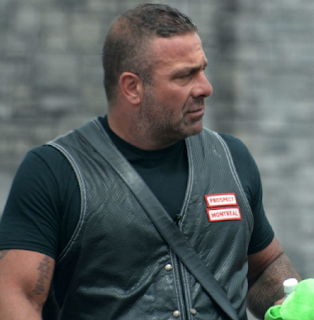 The Montreal Gazette is reporting that "The last alleged Hells Angel sought in a major police operation appeared before a judge at the Montreal courthouse on Wednesday after spending 10 months on the lam in the Dominican Republic. Last April, the Sûreté du Québec alleged Daniel-André (Grand Dan) Giroux was a member of the Montreal chapter of the Hells Angels. The force had just arrested dozens of people in a lengthy investigation into four drug trafficking networks in Quebec with tentacles that reached into Ontario and New Brunswick.

Nobody f*cks with the Quebec Hells Angels. They would eat the BC members for breakfast like they did the Ontario Nomads. The picture of Grand Dan in the Montreal Journal said he was a prospect of the Montreal chapter but he has since received his patch March 2018."

Quebec has an organized crime task force. BC doesn't.