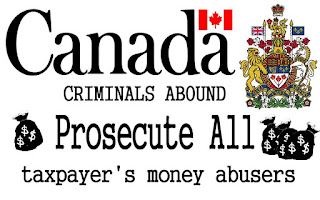 The Fake News Media is buzzing with the latest SNC - Lavalin smoke and mirror Red Hearing. Macleans is reporting that "Former attorney general Peter MacKay told the Toronto Sun this week that the police should be called in to investigate the SNC-Lavalin affair, because someone may have obstructed justice." Peter Dirtbag MacKay? AYFKM? That's the pot calling the kettle black. How about his own endorsement of torture in Afghanistan for the Central Asian Gas Pipeline? When it comes ot SNC - Lavalin, the Liberals and the Conservatives are equally as corrupt.

Now they are tabling motions back and forth to try and blame each other. We are completely missing the point in this news coverage of the latest SNC - Lavalin scandal. SNC - Lavalin is dirty as f*ck. We need to stop giving them government contracts so they can burn tax dollars through fraud and political kickbacks. End of story. It's just like Gateway Casinos in BC.

Laila Yuile is reporting that the SNC - Lavalin scandal is tied to BOTH parties in BC.