One man injured in Burnaby shooting 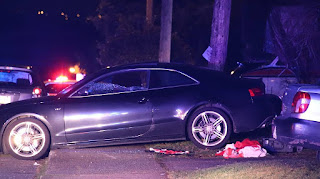 CBC is reporting that "The Burnaby RCMP are investigating a Saturday night shooting that has left one man in hospital. Police have cordoned off several blocks of a residential neighbourhood around Smith Avenue and Price Street, as they manage the scene. RCMP say the victim, a 39-year-old man, has been taken to hospital in serious condition. The crime scene featured blood-soaked towels near a black sedan, upon which investigators were focusing their attention.

Global is reporting that "A car sitting at the shooting scene could be seen with its driver’s side window smashed.