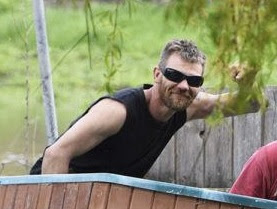 The Vancouver Sun / Province is reporting that "Curtis Wayne Sagmoen, the man whose family’s Salmon Arm farm was searched by police in 2017 resulting in the discovery of a teenager’s remains, pleaded guilty Monday to assaulting a sex trade worker and received a short jail sentence amounting to time served as well as two years of probation."

"After several adjournments, the parties returned later in the afternoon and Sagmoen, 38, entered his guilty plea to one count of the lesser offence of simple assault of the sex trade worker in Maple Ridge in January 2013. He was initially charged with assault causing bodily harm, a more serious crime that could have resulted in a heftier sentence."

Another guy from Maple Ridge charged with assaulting sex trade workers with more missing and one dead on his farm. Holy Robert Pickton that's Red and White territory so it is.