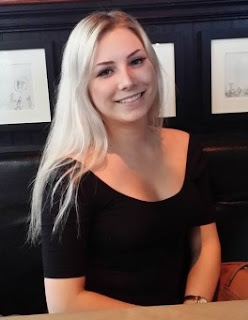 CBC is reporting that "Laval police are asking for the public's help to find 17-year-old Kelly Martin Nolet. The teenager left home to go to work on Thursday, but never showed up. Her family is worried she may be in bad company. Police believe she could be in Laval, Montreal or even outside the province." The same thing happened last year confirming my first suspicion. A teenage girl in bad company in Laval. It doesn't take a brain surgeon to do the math.

Kelly has blue eyes and her hair is now dyed red. She has a tattoo of an AK-47 assault rifle on her right forearm. She may turn up in Toronto. Be mindful of her. 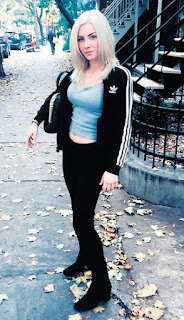 Ma fille précieuse, écoute les mots de mon coeur, s'il vous plaît. If a man asks you to have sex with another man, he does not love you and he never will. Don't walk away from him, run. Run away from him will all the strength of your youth while you still can. He will lie to you. He will flatter you. He will tell you that he understands you. He will even buy gifts for you at first but mark my word once he has his flaxen cords securely wrapped around your neck, things will change and it will become a nightmare you will wish never happened.

When I first became a parent I thought that I would be different than other parents. I had done a lot of volunteer work with youth on the streets. I thought for sure when my kids became teenagers they would be able to talk to me because I could relate to them. I soon learned what every other parent learns. Teenagers don't listen to their parents no matter who they are. It is easier for them to listen to someone outside the home.

Encore je vous en prie ma fille précieuse, écoute les mots de mon coeur. There is no such thing as a perfect parent or a perfect child. If we have a parent who loves us and cares about us, then we are very lucky because many people out there don't. If a parent lets their child do whatever they want whenever they want then that parent really doesn't love that child. If a parent really loves a child they will try to protect the child from harm. Actions speak louder than words. Time is on the side of truth. Ma fille précieuse fais attention, le vrai amour ne ment pas. Paix. 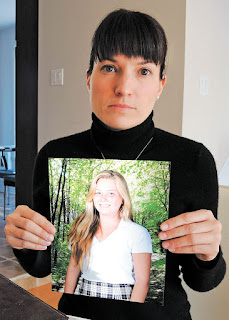 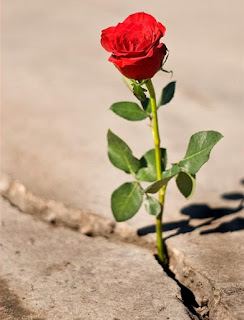