Man charged with murdering a Hells Angels associate in Montreal 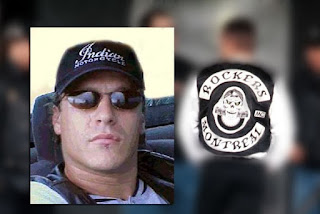 The Montreal Gazette is reporting that "Charges were filed Tuesday in connection with three murders carried out in the St-Léonard borough in December. In one case, Giovanni Presta Jr., 33, of Terrebonne is accused of first-degree murder in the death of Sébastien Beauchamp, 44, a former member of a Hells Angels support club who was gunned down on Dec. 20 at a gas station in the borough." Terrebonne is right beside Laval where the 17 year old girl recently went missing.

Frédérick Silva has been charged in the murder of "Daniel Somoza-Gildea, a Concordia student who died on May 24, 2017, after he was shot when an argument that started inside the Cabaret les Amazones spilled out into the strip bar’s parking lot. Hours after he was arrested on Saturday, Silva was also charged at the Montreal courthouse with the first-degree murder of Alessandro Vinci, 31, the sales manager of a Laval car dealership who was gunned down on Oct. 11."

"Also on Tuesday, Fodil-Abderhamane Lakehal, 21, was charged with manslaughter in the Dec. 24 deaths of Davis Arbour, 38, and Marc-Hilary Dasilma, 41. Arbour is reported to have been a member of the Devil’s Ghosts and Dasilma was described in court documents as an influential member of a Montreal street gang." The Devil's Ghosts are affiliated with the Hells Angels. 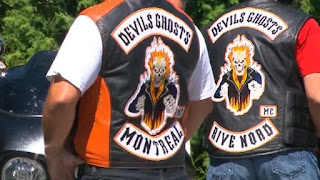 The Journal of Montreal is reporting that "In Quebec, several hired assassins preferred to collaborate with the police in confessing their crimes, while incriminating the sponsors and accomplices of their murders, in order to save their lives. This is particularly the case of Gallant, who also sentenced 11 people, former Angel Hells Angel Trudeau (involved in 43 murders), Donald Lavoie (27 murders for the Dubois clan) and the mafia killer Real Simard (five murders)."

Bruno Lefebvre, a member of the Rockers was shot in Montreal January 2013.