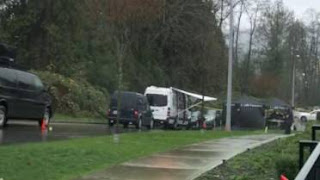 Global is reporting that "Homicide investigators have been called to Surrey, where one person has died in a shooting. The Surrey RCMP says officers were called to the 13900-block of 58A Avenue around 7:15 p.m. to reports of shots fired. They arrived to find an adult victim suffering from gunshot wounds. Attempts to revive the victim failed, police said. Not long after, police were also called to a vehicle on fire near King George Boulevard and Colebrook Road."

Global is reporting that the victim in the shooting was Bikramjit Khakh aka Bicky. Not to be confused with Sukhvinder Singh (Bicky) Dosanjh leader of the Independent Soldiers before it was taken over by the Hells Angels. That Bicky died mysteriously in a car accident back in 2005.

Posted by Dennis Watson at 2:25 AM