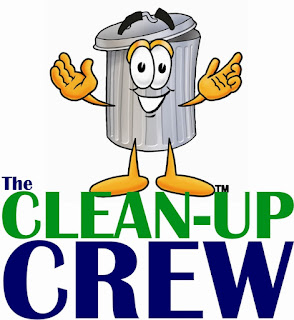 Once again, I would not believe it had I not seen it with my own eyes. I realize this has been a coordinated effort but I have to say hats off to the Surrey RCMP for being vigilant in cleaning up the Surrey Strip. This is something I've been hoping for for ten years.

Recently we reported that Surrey Strip residents pack up and leave for new homes after the BC NDP came up with funding for modular homes in portables. BC Housing came in along with counselors and and helped relocate everyone into housing. Three cheers.

Global reported that some tent residents were defiant and said they would not leave because they weren't there for the housing they were there for the drugs and lawlessness. The funding for the housing created the perfect opportunity for the police to enforce the law and ban tents from that city street which is clearly in everyone's best interest.

The Surrey Strip wasn't just a den of iniquity, it was the epicenter of exploitation and abuse. I rode through today and all the tents were gone. A few drug dealers were standing on the side of the street trying to drum up business still but most of the customers had left. I saw a prostitute start to argue with her pimp who was starting to get abusive with her. A cop pulled up and moved them on. Now that's what I'm taking about. I had to stop and tell the cop three cheers.

This is what they should have done after the brutal murder of Janice Shore. The funding for the housing created the opportunity to enforce the law and adapt all four pillars instead of just one. On the Green Justice website I recently said the New York model is coming to Surrey. Lead follow or get out of the way. Well it;s already here. That is in everyone's best interest.

Now we just need to follow up by keeping the pressure on the drug dealers, especially in the treatment centres and get the city to approve construction of rental units to address the rental crisis in Metro Vancouver. This is the kind of Surrey we can all be proud of.

Surrey police seize handgun, drugs while on patrol in Newton: The drug unit witnessed a drug deal in Newton and made an arrest which resulted in the seizure of drugs, cash and a handgun. Now that's what I'm talking about. As Linda Hepner leaves the Surrey RCMP get this sh*t in order. The New York Model has finally arrived in Surrey. Oh Happy Day!