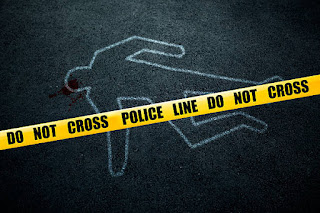 The Toronto Star is reporting that "Police are investigating after an overnight shooting in the city’s downtown core left one man dead. Toronto Paramedic Services responded to a call around 2:30 a.m. Monday in the Garden District, at the intersection of Sherbourne St. and Dundas St. E. The victim, a man described as being in his 30s to 40s, was pronounced dead at the scene."

" The fatal shooting comes less than 24 hours after three other fatal shooting incidents in the city. Jenas Nyarko, 31, was killed in a drive-by shooting in North York while she was sitting inside a car with three friends. According to Det. David Dickinson, a car drove by and someone inside fired a single shot at the vehicle, striking her. She was taken to hospital with life-threatening injuries, where she later died. Nyarko was a shelter worker who had immigrated to Canada from Ghana in 2001. Around the same time on Sunday, two men were also shot and killed in Etobicoke, in the area of Lightwood Dr., near Kipling Ave. and Albion Rd. Police have not released any information regarding suspects."