Vancouver rises to the challenge 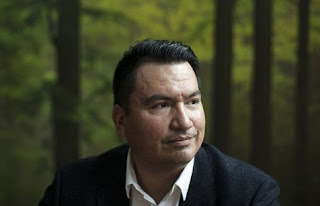 Update: Tragically Ian Campbell announced he is no longer in the running for mayor.

CBC is reporting that "Vision Vancouver, the party that currently holds the mayor's chair as well as a majority on council, has selected Ian Campbell as its candidate to replace retiring Mayor Gregor Robertson. Vision co-chair Michael Haack says Campbell, a hereditary chief of the Squamish Nation, has been acclaimed as the Vision candidate."

A hereditary chief from Squamish First Nations that lead the court challenge against the Trans Mountain pipeline. I'd say he's a shoe in. I predict a landslide victory. Third time lucky. The previous two Campbells who were mayors of Vancouver both left us with a miserable legacy. This Campbell looks like he could very well restore justice to the fallen city. Gordon Campbell killed BC Hydro. Larry Campbell's pharmaceutical fraud created the harm promotion epidemic that has seen metro Vancouver have the highest drug overdose rate in the country.

The Squamish First Nation includes North Vancouver. They own the land to Park Royal Mall and lease it out. I was born in North Vancouver. My father was an elementary school principle in the North Vancouver school district. He taught me at a young age to respect the ancestral spirit of Vancouver. He would bring home carvings and paintings First Nation students would give him. My favorite was the talking stick used to keep order in meetings.

My father would take me to watch the sunset at White Cliff park and read to me the Legends of Vancouver as recorded by Pauline Johnston. Siwash rock has a distinct legend of nobility behind it. The Pauline Johnston memorial is beside Siwash Rock at third Beach in Stanley Park.

Joe Capilano and Chief Dan George are famous local icons in Vancouver's history. The Lions in Vancouver were previously referred to as the Sisters. They look like two lions to me. When I look at the Lions I think of Joe Capiliano and Chief Dan George watching over us on the other side of the veil. This is their Vancouver too. We share our home with it's ancestral spirit. My father used to like to take pictures of the Lions from Cleveland Dam. I like to take pictures of them from the top of Sky Chair on Cypress. From there you can see the Lions face to face. All my relations. 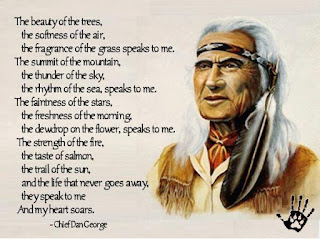