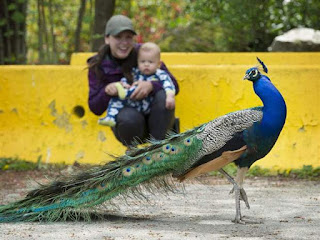 Exterminating all the butterflies in Surrey isn't good enough for Linda Hepner. Before her term in office is over she's determined to eradicate all the peacocks (and Beavers) in Surrey now as well. The Calgary Herald is reporting that "The dozens of majestic-looking peacocks and the peahens that have called a Surrey neighbourhood home for more than 10 years are to be trapped and shipped to the pound. That was the recommendation of the city’s bylaw enforcement team – and approved by council on Monday night – who studied the Sullivan Heights neighbourhood where public safety operations manager Jas Rehal said the birds have been living since 2006. The corporate report noted that some residents would like the ostentation or muster of birds to remain where they are and others want them gone. Rehal said it’s about 50-50.”

"Rehal said city staff would trap birds on public land and residents will be provided with humane traps to catch the birds on their property and bylaw officers would pick them up. He said officers would have the authority to enter private property if necessary."

Roslyn Cassells was there with one local resident who is in favor of the peacocks living on his land. Global is reporting that "One neighbour doesn’t seem to mind. For the second year in a row, a peahen has laid eggs on Jerry Barr’s front doorstep and his family loves it. 'We moved into their neighbourhood,' he said. 'It’s like moving near an airport and complaining about the airport noise.'” Are they going to fine people for feeding birds and butterflies next?

Save our Surrey - Green Justice.

The Surrey Beaver Issue and the City of Parks. 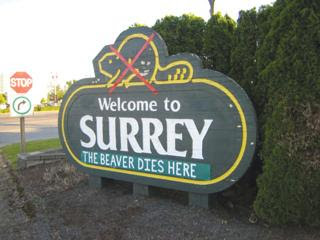 Roslyn Cassells is reporting that "The city report approves trapping starting immediately, during the peacock breeding season. Peahens have fairly large broods and the chicks will die if their mother hen is trapped and removed." This is bad planning. The City has no right to tresspass on private property and they have no right fining people for putting up a bird feeder or a birdhouse. 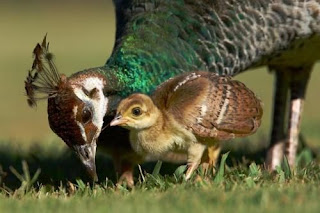