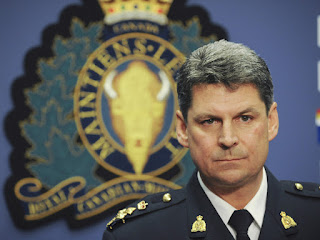 CBC is reporting that Craig Callens, the one at the helm during all the RCMP sexual harassment complaints in BC, has been hired by the WHL to investigate abuse allegations. AYFKM?

This is the guy who not only buried sexual harassment complaints within the RCMP that resulted in a class action law suit, he promoted people who were charged with sexual harassment on a regular basis. Right up to brain dead Bill Fordy. The problem was so bad, officers within the RCMP referred to his old boys club of swingers as the FOCCers - Friends of Craig Callens.

Don't take my word for it, take the CBC.