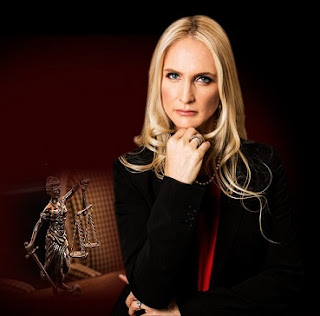 The Toronto Star is reporting that "It sounds like something out of a John Grisham novel. Allegations of a dirty cop, and prosecutors trying to cover up and bring down the lawyer who exposed the corruption, according to a factum filed in court by defence lawyers Marie Henein and Christine Mainville. Her Majesty the Queen vs. Leora Shemesh moves into a Kitchener court Monday in a case that will be closely watched by the criminal legal community. Shemesh is a well-known Toronto defence lawyer charged with perjury and attempt to obstruct justice in relation to her work as defence counsel in a Brampton drug case."

Here's the deal. Leora Shemesh is a prominent defense lawyer in Toronto. In 2012 the Toronto Star referred to her as the police force’s enemy No. 1 in court. "She has built a reputation alleging officers lie in court to support the charges they have laid." That article was published after "her full-frontal attack on the conduct of Peel Region police officers against her cocaine-dealing client led a judge to deliver a scathing rebuke to the force’s drug squad. Superior Court Justice Deena Baltman found the officers beat Tan-Hung Dinh, searched his home illegally, then lied about it all in court." We have seen a history of corruption in the Toronto and Hamilton drug squads.

In the recent case in question the police claim she said she was in possession a video showing a police officer, Peel police Const. Ian Dann, of stealing money from her client Ha Tran’s residence, when no such video existed then in their opinion committed perjury when she told the court that she never said she was in actual possession of the video.

We did recently see a video of an Abbotsford cop stuffing money into his sock from a local drug bust. Nothing would surprise us. The question we need to ask is did Peel police Const. Ian Dann steal the money, yes or no and did such a video actually exist? Stay tuned.

Posted by Dennis Watson at 8:44 AM