Will the banks rip off Europe again? 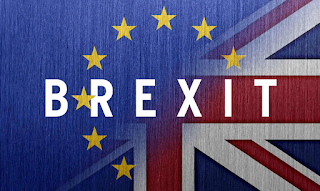 Italy and Spain are in the news. Or so the corporate media would have us believe. After elections is Spain and Italy CNN is speculating that those elections could trigger another financial meltdown in Europe. Where have we heard that before? Another Brexit sky is falling trap.

The first thing we need to realize is that the financial meltdown in Greece was the result of investment fraud. What was public money became private then disappeared.

Now the MSM is citing a European bank meltdown in 2012 preparing the stage for a 2018 remake of the same fraud. They say the best way to rob a bank is to own it. When we see a bank fail, we don't have to look far to see the intelligence community behind it. The BCCI and the Nugan Hand bank in Australia both failed because of money laundering and drug trafficking through the CIA. History has recorded that. Who was responsible for the Texas banking fraud back in the /80's? It was the CIA. The CIA used investment fraud as well as drug trafficking to raise money for Iran Contra. Retired Navy Intelligence Officer Al Martin has confirmed that. 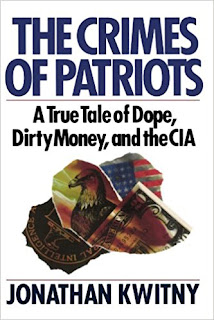 It comes as no surprise to hear that Brussels in Belgium is considered the de facto capital of the European Union seeings how Brussels is the focal point of the new world order's false flag attacks. Terrorism without a motive is always suspect. Operation Gladio is still in effect.

All the absurd drama trying to oppose Brexit is suspect as is this new drama about democratic elections in Italy and Spain. Now I am not anti immigration. I am Canadian. We are all immigrants here and we seek to establish a free republic based on diversity and racial unity. However, I can understand how the French would like France to remain French and how the Irish would like Ireland to remain Irish. I get that. That does not mean I support Fascism because clearly I do not. It means I recognize that Canada and Europe are different.

Italy's history with Fascism makes us concerned when they take steps in that direction again under the guise of anti immigration. In Spain a corruption scandal after a bank bail out has seen an interim Socialist government take over after a non confidence vote in the current Prime Minister. From one extreme to the other. We need to balance the extremes not run with them because both extremes lead to the same place.

My position on the European Union is neutral. If Europe wants to form one country then let them. If individual countries don't then don't force them. It's that simple. I think England is wise for pulling out of the European Union because of the banking fraud tied to the intelligence community. Forming a United States of Europe without a Constitution or Charter of Rights protecting civil liberty could in fact become another take over by Stalin or Hitler all over again. Clowns to the left of me, jokers to the right but the worst enemy of all is the enemy from within.