The Translink Fraud has become a Criminal act 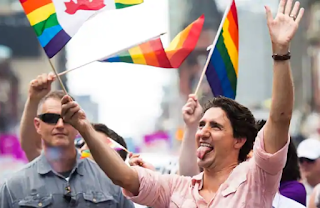 We were told that the Mayor's Gluton council was going to meet Thursday to vote on Translink's 10 year plan. That in itself is a crime. They are cramming the vote through before the October 20th civic election to satisfy the demands of SNC-Lavalin. Mayor Moonbeam and Botox Betty aren't running for reelection because their popularity has tanked. They have no right to vote on a ten year plan right before they leave. That is absurd.

Now we hear TransLink Mayors' Council approves 1.5 cent per litre gas tax to help pay for $7-billion transportation plan. That's on top of the ten cents a litre billion dollars a year regional gas tax above and beyond federal and provincial gas tax. On top of that, I go to fill up at the pump today and the oil monopoly just spiked the price of gas another 10 cents a litre before this new tax takes effect. The oil monopoly is screwing us. Oh but wait, that little B*tch just bought the pipeline with OUR money. That means that little B*tch is F*cking us over. Time for an election.

Translink needs to stop expanding until it starts breaking even. The Daily Hive is reporting that "SkyTrain for Surrey calls for cancellation of LRT plans due to cost to taxpayers." No kidding. The Director of South of Fraser Rapid Transit at TransLink is Stephan Mehr. Before that he worked over 22 years with SNC-Lavalin the dirtiest construction company on the planet that is still in court facing fraud and corruption charges in 2018. Time to throw them all in jail.

Tom Gill is part of the problem

Laila is reporting that "The Peter German report into rampant money laundering is out and it does not fail to elicit reaction. A link to the full report can be found here: https://www.google.ca/amp/s/www.cbc.ca/amp/1.4723958"

Laila is calling for a public inquiry into the misconduct of Rich Coleman. You go girl.

Hell hath no fury yo. I told you if Rich Coleman came to Surrey we would slay him. 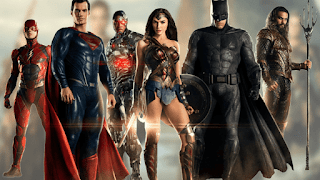 Is British Columbia the corruption capital of Canada?

"Everyone wants to ask Coleman about at least two occasions when he responded very oddly to reports of corruption, money-laundering and organized crime in casinos. The first was in January, 2009, when the Integrated Illegal Gambling Enforcement Team (IIGET) issued a report warning that the Hell’s Angels had successfully infiltrated the casino industry, and further, there was an extreme vulnerability to money-laundering in the facilities."

"If you thought such a report might spur an experienced former RCMP officer and solicitor-general into action, you’d be right. But instead of staffing up IIGET and providing resources to tackle corruption, internal memos uncovered by reporter Sean Holman in 2010 show that just weeks later in February, Coleman disbanded the unit altogether." Just like Wally Opal.

Then in 2011 Coleman slandered RCMP Inspector Barry Baxter for trying to address the problem.

We told ya so.