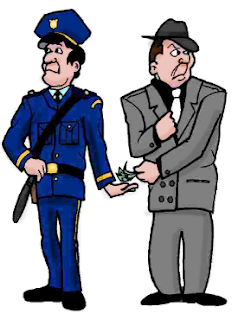 Global is reporting that "Doug Elford with the Newton Community Association said he is frustrated with incidences of gunplay year after year, and it’s time for more radical solutions. He said one change could be to end the city’s contract with the RCMP and create an independent municipal police force." As I have previously said I am officially neutral on the topic of getting rid of the RCMP in Surrey but I do think the conversation needs to happen.

Things need to change and if that's what it takes, then by all means go for it. I simply point out that creating a regional police force doesn't always fix the problem. The BC Gang Task force is compromised but so is the Edmonton Police Service. We do need to take gang enforcement in BC out of the hands of the RCMP and regionalize that since the RCMP are clear in that that they do not want to investigate organized crime. Then lets find someone who will.

Doug Elford is BTW running for Surrey City council and I do support him. Having the police arrest everyone for traffic violations would be a bit offensive seeings how they are watching the drug dealers sell fentanyl on the Surrey Strip without arresting them. Handing out parking tickets without arresting the drug dealers in pubic view is unequal protection of the law.