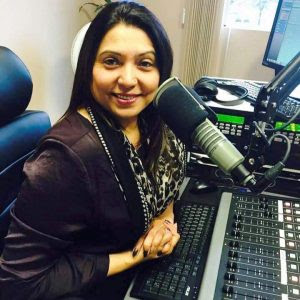 The IndoCanadian Voice is reporting that "The Voice has learned that shots were fired at a Punjabi radio CEO late Saturday night while she was driving in Surrey. Ashiana Khan was driving alone when someone in a vehicle fired shots at her. Police arrived on the scene and towed her vehicle away. Khan is the CEO of Media Waves Communications that broadcasts out of Surrey. She had been handling many controversial talk shows that seemed to have angered some powerful people in the community."

In January 2018 Business Vancouver reported that "A former member of Simon Fraser University’s board of governors and a former director of the Vancouver Fraser Port Authority are suing internet radio broadcaster Media Waves Communications Inc. and several others, claiming they were defamed in online postings and radio call-in shows that falsely accused them of misappropriating grant money doled out by the B.C. government."

Radio hosts Ashiana Khan was names as one of the defendants. The Surrey Docks are the ones trying to replace the Massey tunnel against the wishes of the residents of Richmond so they can dredge the Fraser and load more coal onto the ships from the Surrey Docks. Coal is not progressive. Natural gas is. Who runs the docks again? Please advise.