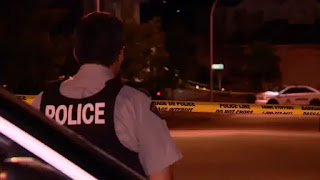 The Peace arch News is reporting that "One man is dead after a shooting in Cloverdale on Saturday afternoon (June 23), in the 18200-block of 67A Avenue. At around 4 p.m., Surrey RCMP fielded a number of calls about shots fired in the Clayton area. When they arrived on scene, officers found a man with gunshot wounds. He was taken to hospital, where he died." CBC is reporting that the victim was not know to the police. Global has pictures of the scene.

IHIT is confirming that 47-year-old Paul Bennett of Surrey was the victim of homicide. Paul was a nurse and minor hockey coach from Surrey. Neighbours had seen a small silver honda with two men parked in the neighbourhood for days before the shooting. Was he being pressured to steal fentanyl from the hospital and said no?