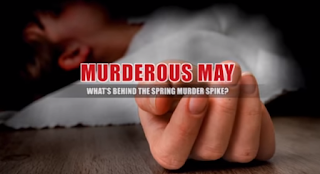 The Toronto Sun is reporting that "A woman and two men are facing a dozen charges each after searches at an Oshawa home allegedly linked to the Hells Angels. OPP say weapons, ammunition, drugs and outlaw motorcycle gang paraphernalia were seized."

CBC is reporting that "Last Thursday, the OPP's organized crime enforcement bureau and its biker enforcement unit, along with the help of Durham Regional Police's tactical unit, seized a .380 calibre semi-automatic pistol, a Ruger Mark II .22 calibre semi-automatic pistol, ammunition, drug paraphernalia and about 500 millimetres of GHB, commonly known as Liquid Ecstasy." GHB is not known as liquid Ecstasy, it's known as date rape drug.

Notice that Ontario has a Biker Enforcement Unit and BC does not. BC needs to bring back the OMGU. All these fake press releases mean nothing. Bring back the OMGU and target street level drug trafficking. Walk the walk don't just talk the talk.

As I have said before, the New York Model targeted police corruption and street level drug trafficking. Hells Angels associate Sean Heickert set off the Winnipeg Gang War after he killed one of their own from a HA support group so the Ontario Hells Angels could take over the Thompson drug trade from the Winnipeg Chapter. The police claim his own brother James Heickert a full patch member of the Oshawa Hells Angels was invloved in a murder plot to kill his brother Sean. Pretty dysfunctional. Zeneli worked for the Winnipeg HAs. He was not a rival.

The Toronto Sun is reporting that it was a murderous May in Ontario that saw nine people murdered in 24 days.