Man fatally shot in Laval had ties to organized crime 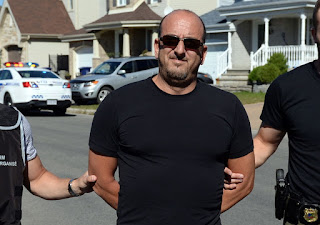 The Montreal Gazette is reporting that "The 45-year-old man who was fatally shot in Laval Wednesday night had ties to leaders in the Montreal Mafia. The victim of the shooting is Laval resident Steve Ovadia, according to the Sûreté du Québec. He was shot in the head in the parking lot of a strip mall on Samson Blvd. shortly after 8 p.m." Laval has had a long history with the red and white ever since the Lennoxville massacre and the Death Riders betrayal.