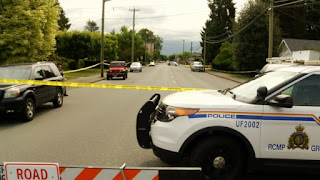 The Peacearch News is reporting that "One man is dead after what appears to be a targeted homicide at a house on Wellington Avenue in Chilliwack early Thursday morning. When Chilliwack RCMP officers arrived at the scene in the 45000-block of Wellington at approximately 5 a.m. on June 7, emergency personnel were already treating a victim suffering life-threatening injuries. The victim succumbed to his injuries at the scene."

BC Local News is reporting that "There appears to have been gunshots fired involving at least one vehicle on a residential street downtown Chilliwack on Friday afternoon. A neighbour said they heard vehicles crashing and shots fired some time after noon on a quiet stretch of Reece Avenue between Young Road and Cook Street. And another neighbour may have captured a victim or suspect car fleeing the scene" near the homicide on Thursday. 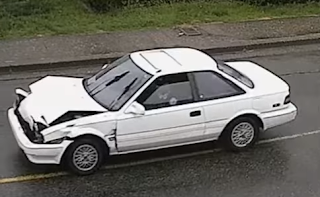 Last summer a Hells Angels associate from Calgary shot dead in Chilliwack. In this recent Chilliwack shooting, Nicholas Cross was murdered. Kim Bolan pointed out that Nic's brother Clayton Eheler was named as an associate of James Riach in court documents and was charged with shooting Ciaran D’Monte from the UN in 2006. 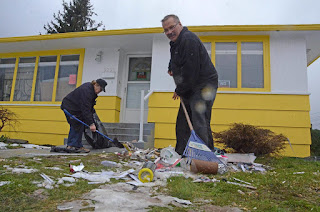