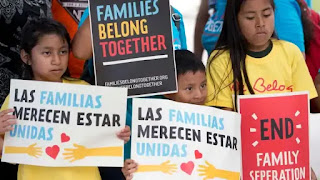 Separating children from their families at the border is a criminal act. God is watching. We all are. I understand how in Europe the French would like France to stay French and how the Irish would like Ireland to stay Irish. I get that. Here in Canada we are all immigrants. We have created a free republic that is multi cultural. America used to share that ideal. The founding fathers of the US Constitution had it. The creators of the Statue of Liberty had it. Somehow it got lost along the way.

I understand that a country needs to have some sense of order in dealing with legitimate asylum seekers and can't feasibly let everyone in who just walks across the border. However separating children from their families at the border is an evil act that needs to end. Trump agrees and blames the Democrats. Then fix it now.

The Independent is reporting that "Hundreds of people have demonstrated outside a tent camp in Texas that is being used by the Trump administration to house migrant children deliberately separated from their parents under a zero tolerance immigration policy."

"The government announced last week it had opened the camp at Tornillo, 40 miles southwest of El Paso. It is the latest facility to house children who have tried to cross the border by themselves or been split from their families as the result of the enforcement of rules intended to dissuade people from trying to enter the US."

Trump claims " the policy was established by the previous administration and he can do nothing about it without the cooperation of Democrats to completely overhaul immigration."

"One shelter in Brownsville, Texas, which holds nearly 1,500 boys aged 10 to 17, recently opened its doors to the media. The facility, which reporters said resembled a jail, only permitted the young people for spend two hours outside each day."

Inside the former Walmart that now shelters migrant children

Is this North Korea or the United States? Please advise. Wasn't this in Rocky IV? 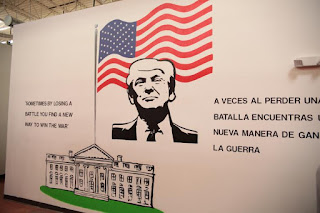 Update: It does appear that the practice of separating children from their parents at the border did start before Trump under the Obama administration. Since the Democrats are using this insane practice to promote themselves, let's do the right thing and end this horrible practice. 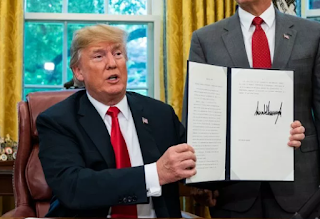