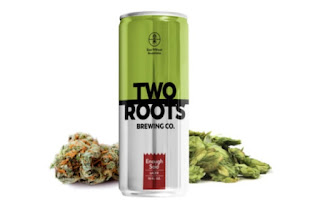 Bloomberg is reporting that "Another major beermaker is looking at ways to enter the marijuana business. Denver-based Molson Coors Brewing Co. is weighing whether to expand into the sector with Canada poised to legalize the drug for recreational use this October."

"The speculation comes the same week as Canada gave the final approval for recreational sales to begin on Oct. 17. While edibles, including beverages, won’t be legal initially, companies are already jockeying for market share due to the potentially lucrative opportunity."

"Last year, Corona beer seller Constellation Brands Inc. bought a minority stake in Canopy Growth Growth, the nation’s largest marijuana producer with a market value of C$8.8 billion ($6.6 billion). Rivals such as The Green Organic Dutchman Holdings Ltd. plans to develop a product-testing and manufacturing center to explore using cannabis in everything from iced teas, juices and sports drinks." That brings us to Randy Jones' Dank.

It's not something I'm interested in but I'm sure there's a market for it. We're looking at de-alcoholized beer infused with THC as well as regular beer and energy drinks infused with cannabinoids (CBDs) which doesn't get you high and can actually be good for you.

Personally I just see pot as being unhealthy. CBD is different than THC but the masses don't want to get healthy, they just want to get stoned and wasted. Yet, if Randy Jones can make some money off of Dank instead of selling crack, meth and fentanyl on the Surrey Strip, then more power to him. That would be a lot better for everyone involved. Rise up out of the toilet. 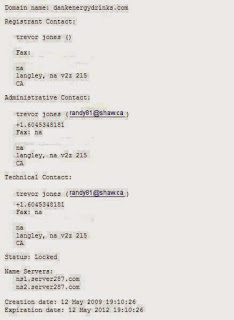 Posted by Dennis Watson at 4:25 AM