Jas Rehal has got to go 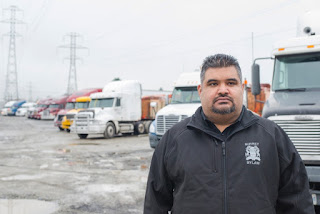 All of a sudden the story becomes crystal clear. Jas Rehal is a d*ck. He's the Surrey First Bylaws henchman and he has got to go. He has mall cop syndrome and likes to harass people. He and his buddy Tom Gill were the ones harassing all the truckers in Surrey for parking overnight without paying a Surrey First tax. They were harassing small business.

Jas Rehal was the one responsible for creating havoc in Clayton Heights helping Surrey's Worst think up new ways to tax Surrey residents by threatening them with eviction notices in the middle of a housing crisis. Now Jas Rehal is killing baby Peacocks in Sullivan Heights. 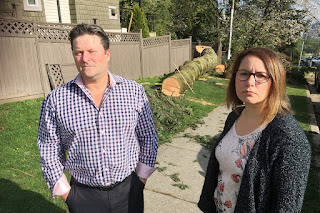 Jas Rehal was the clown who called the police when HE was trespassing on private property and was being abusive to an 80 year old land owner. The headlines read "Bylaw officer attacked as peacock tensions rise in Surrey." CBC declared "Police called as Surrey neighbourhood's peacock dispute escalates." Jas Rehal said "He's really shaken up. It's quite a traumatic experience being attacked on someone's property."

In response to this fraud, Roslyn Cassells and the Green Justice Party have launched Surrey Peacocks website a virtual library of what's really going on in Sullivan Heights. Hey ho, Jas Rehal and Surrey First have got to go. Tom Gill is part of the problem.