Punitive Punishment and Equal Protection of the Law 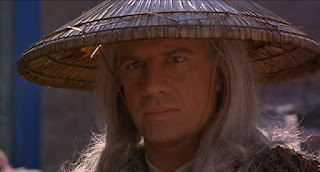 I am a big fan of civil liberty and the US Constitution as well as the Irish Proclamation and the Canadian Charter of Rights. My free ebook which was released on the 10th anniversary of Gary Webb's murder was entitled "Stand True: Civil Liberty and the Hells Angles Drug Trafficking Network." It is interesting to see how civil liberty relates to drug trafficking throughout Iran Contra.

The US Constitution says "No State shall deny to any person within it's jurisdiction equal protection of the law." What a romantic concept. Imagine a judicial system where everyone has the same rights, rich or poor. That doesn't really exist in our current system. In our system a poor man and a rich man don't get the same representation. Not only that, but sometimes the police do not enforce the laws equally. That's exactly what I saw in South Seattle during the US Crack epidemic in the /80's. If a crack house opened up in a rich white neighborhood, you can bet the cops would shut it down in a hurry. We didn't see that in Rainier Beach.

We also don't see that in the incarceration of Clay Roueche. Not only is locking someone up for 30 or 300 years counterproductive, it also forces us to ask serious questions about who the real criminals actually are. Why is Clay in jail and not Sonny Barger or Randy Jones? Why did they use a slime ball illegal act to arrest Clay on US soil when they refuse to extradite Randy and Trevor Jones? That is unequal protection of the law.

People have asked me, why am I supporting Clay's art and his book? His art is awesome. All too often we see confused renditions of modern art that look like someone threw a bucket of paint on a canvas. Clay's art is colorful, talented and thought provoking. His book is along a similar theme as mine. Expounding on the Chinese virtues taught in the martial arts is what lead me to Zen. George Christie shares that ideal.

Although I have made it clear that I don't have beef with the entire club, it is no secret that I can't stand the Surrey girl chapter of the Hells Angels. When I read Clay's book, who do you think I'm going to support? The trailer trash Surrey Girls or the Terracotta warriors? One has honor, the other does not. Ricky Carmella is disgusting. The sordid tale of his pals bullying and sodomizing a hippie with a broomstick is all explained in chapter seven of my free ebook.

Don't get me started on Big Tony and Piggy's Palace. Anthony Terezakis sold drugs for the Hells Angels in the DTES. He filmed himself beating the life out of drug addicts who owed him money. These are the kind of people the Hells Angels have working for them in the drug trade. Like Larry Mizen on the Surrey strip. It is impossible for me to respect guys like that. Like the bikers and cops who gang raped Dianne Rock. So if Clay does something good, I'm going to recognize it.

When the police allow the Hells Angels to sell pot and the Black door and the bulldog cafe but arrest Marc Emery across the street, that is unequal protection of the law. I have a problem with unequal protection of the law because it implies corruption. I didn't find out about the police corruption in Brooklyn when I was in New York until a few years ago.

Clay deserves a prison transfer back to Canada.