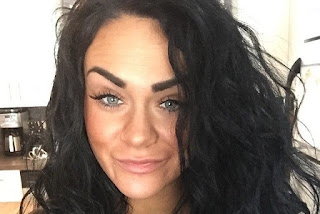 Castanet is reporting that "Police are investigating what they're calling the “suspicious death” of a 29-year-old Vernon woman in West Kelowna Friday morning, and they say the risk to the general public is “unknown.” Just after 7 a.m., police responded to a report of a death on the 1300 block of Ponderosa Road, and found the body of a woman at a home in the area. Without providing details, police said the death “appeared suspicious.” Police have identified the victim as Jordyn Kitchener of Vernon. It's unusual for police to release the victim's name so soon after a death, but police say they are hoping it will help further the investigation."