Laila Yuile is back 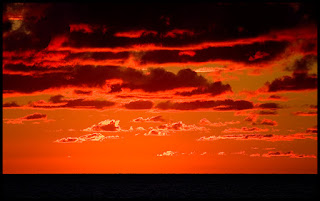 Everyone has been asking what happened to Laila Yuile? She is a prominent local blogger that stood up against bullying and made it into the mainstream media writing articles for various newspapers in addition to posting thoughtful blog posts on local politics. A lot of people hate politics for good reason. It's such a dirty business. Yet politicians start and end wars. Politicians grant and remove civil liberty. Politicians raise and lower taxes. They spend your money. Therefore I submit that politics should be something that concerns all of us.

I was speaking with my MLA about Laila's disappearance. After withstanding a corporate hack on her blog and twitter she finally stop posting after the NDP approved the Site C Dam. I was honest, I said I think she really felt betrayed by the NDP for approving that project. She poured her whole heart into that campaign. Sometimes when we get knocked on our ass in life we need to pause and take a standing eight count to catch our breath. (It's a boxing term.)

I will say a word on the corporate hack of her twitter account during the Site C campaign. They lied and said it was Anonymous when it obviously wasn't. Anonymous opposed the Site C dam and supported Laila. It was a corporate hack impersonating Anonymous. Laila had made a humorous and thought provoking post about how an eagles nest was violating the Site C court injunction and the corporate hacks panicked shutting down her blog and twitter. At the time I thought why on earth would they get so freaked out about that? Later I found out why. The migratory bird act trumps everything. She almost shut them down so they panicked and played dirty. No big surprise. That is what they always do.

Laila's recent blog post makes reference to the suicide of Anthony Bourdain. His last twitter post was a King Kong remix of the House of the Rising Sun called Rising Sun Blues. Laila cited the history of arrogance and political corruption in the BC Liberal government and said just because there has been a change in government doesn't mean we can sit back and relax. She states that being loyal to your party should never mean accepting questionable or outright terrible policy, nor should it mean turning a blind eye to egregious actions within the Green Party or the NDP.

Laila cites how since 2008 British Columbians have been shortchanged billions from fossil fuel industry revenues. That sounds like it's time to Nationalize the oil to me just like Norway did. Turn those oil revenues into tax revenue. Build some schools, hospitals and affordable housing.

Unfortunately it sounds like her return has been a swan song. I hope that's not the case. When I attended the recent gang rally at City Hall organized by the South Asian community I spoke with a member of the Sikh motorcycle club. He spoke quite frankly and said I'm pissed. We planned that whole rally last year and nothing was done. He sounded fed up. I said that's the point. This council will not listen. They didn't listen about Hawthorne park. The only way we can make a change is if we change council. If we do that, things could change. If we don't, they never will. Then I asked if he would run for council.

Likewise, with all my heart I wish that Laila would run for a seat on City Council. She would win that seat and would be in a postilion to make real change possible. I'm told you don't even have to live in Surrey to run. No matter what party Laila ran for we would support her. There's always a seat in the Green Justice Party waiting for her. As for me, I'm not dead yet. I've still got a lot of fight left in me and as long as I breathe I will continue to fight the good fight. I am Unwritten.