Larry Campbell speaks out in support of the Devil 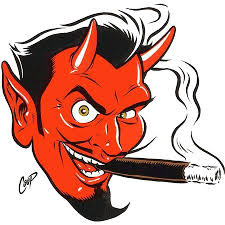 Oh how the mighty have fallen. The Vancouver Province ran an article by Senator Larry Campbell in today's paper. It was shameful. One thing he did say was very true. His founding premise. He starts off by admitting what we have been doing in the DTES to address the drug plague isn't working and needs to change. His claim that giving up civl liberty and letting the police open your mail is not a solution worth mentioning when the real solution is screaming in our face.

Larry Campbell used to be mayor of Vancouver. He was our own Davinci who conned us into adapting the Four Pillars Program in the name of compassion which in reality turned out to be the least compassionate thing we could have done. As soon as he sold us the devil's deal, the extremists threw away the three fundamental pillars of the four pillars program and let us run off on a one legged horse which converted harm reduction into harm promotion.

Larry Campbell did not create the problems in the DTES. There have always been alcoholics drinking aftershave in the DTES. Larry Campbell turned the existing problem into an uncontrollable epidemic of greed and exploitation that we now see today.

The new devils deal he is in a conflict of interest for promoting states "All levels of government need to support prescription opiate replacement therapy." Oh the cunning plan of the evil one. This will bankrupt and privatize our public medical system faster than you can say conflict of interest.

He claims "We know that supervised injection sites work to prevent death and address the issues relating to public disorder." No, we have seen it do the exact opposite. It took a bad problem and turned it uncontrollable by letting drug dealers sell harmful drugs publically with no enforcement of the law. Enforcement, Treatment and Prevention are the three key pillars the devil's advocates threw away in favor of harm promotion to assist the predatory drug dealers and the ruthless pharmaceutical companies profit margin at taxpayers expense.

Giving addicts pharmaceutical heroin at the taxpayers expense is absolutely insane. You can't get a MRI, cancer medication or an affordable place to live but you can get free heroin so the pharmaceutical companies can make obscene profits. That is pure evil.

In 2014 the Vancouver Sun reported that Senator Larry Campbell, while acting within ethics guidelines, has put himself in a clear “appearance” of being in a conflict of interest by accepting a post as adviser to a Vancouver company breaking into the medical marijuana business, say ethics experts. The former Vancouver mayor was named Tuesday to an “advisory board” for Vodis Innovative Pharmaceuticals Inc., along with ex-Conservative MP John Reynolds, once one of Prime Minister Stephen Harper’s most high-profile allies.

So Larry Campbell has joined Mike Duffy's senators gluttony team and is making money on the side by promoting pharmaceutical profit. That is a conflict of interest. So here we have it - a drug dealer, service provider and a pharmaceutical pimp: 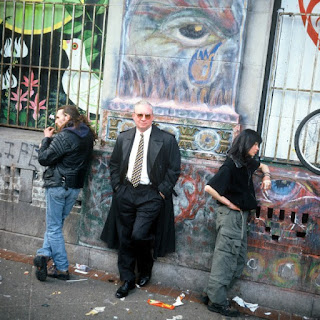 Two of the three are getting rich at the tax payers expense. The service provider is not. The drug dealer gives her drugs for free then takes all her money when she gets a trick. There is nothing consensual about it. It is pure human trafficking. God damn Larry Campbell and God damn his deal with the devil. Yes I do know that there is a God because in Whalley I shook hands with the devil. Right now the world needs a little more Wayne Moriarty and a lot less Xanadu.

I once heard an American patriot recommend the book None Dare call it Conspiracy by Gary Allen. If you want to know where I am going with all this have a read of that book.