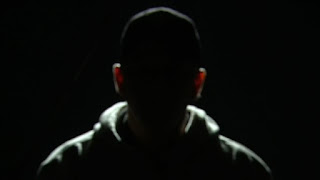 The Montreal Gazette is reporting that "The Quebec Court of Appeal has acquitted a man who was convicted a decade ago of murdering one of the highest-ranking Hells Angels in Quebec during the biker gang war. The appellate court delivered its decision on Wednesday, acquitting Tony Duguay, a former member of the Bandidos, of the murder of Normand (Biff) Hamel, a member of the Hells Angels now-defunct Nomads chapter based in Montreal."

"The decision was based on new evidence supplied by a witness who testified against Duguay during his trial. The witness, a former gang-member-turned-informant named Sylvain Beaudry, admitted after the trial that he lied while on the witness stand."

Normand "Biff" Hamel was a member of Maurice "Mom" Boucher's white supremacist SS motorcycle gang until it disbanded in 1984. That's when he and Mom became Hells Angels prospects. Biff was a prospect of the Laval chapter and was present when the Hells Angels murdered his sponsors in the Lexonville massacre.

Two years later the Hells Angels wanted to take over the Death Riders. The take over became absolute on May 4, 1987 when the President of the Death Riders, Martin Huneault, was shot to death in a Laval bar. No one was ever arrested for the murder, but just hours after Huneault's funeral, Death Riders Mario Martin and André Richard were seen meeting with Hells Angels Maurice "Mom" Boucher and Normand "Biff" Hamel. Boucher and Hamel received their colours after the incident and Huneault's murder allowed the Hells to completely take over drug trafficking in Laval and the lower Laurentians area. Biff Hammel was murdered on April 17, 2000.