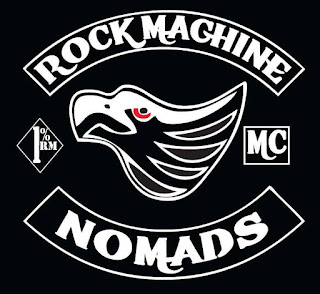 The Montreal Gazette is reporting that Richard Hunt, 38, and 28-year-old Mélanie Binette were arrested in the Vaudreuil-Dorion area and questioned about the role they may have played in the killing of Joseph Fluet & Steven Lamarsh - two men with supposed links to criminal biker gangs.

Saturday we posted that Rock Machine member Joseph "Fuego" Fluet, 45, was one of two men who were shot and killed Friday just outside Montreal. Sunday the Montreal Gazette reported that Hunt and Binette were people the police want to question not suspects.

Fluet has been identified in the past by police as a member of the Rock Machine. The Journal de Montréal reported that Fluet was born as Éric Lefebvre and was once part of a puppet gang controlled by the Hells Angels, and had his name changed sometime after 2008. In April 2001, Lefebvre told the newspaper that he had got into serious trouble with the Hells Angels. In May 2001, an expert on biker gangs with the RCMP in New Brunswick described Lefebvre as a courier who transported drugs for the Hells Angels in Quebec. This was after Lefebvre had pleaded guilty to setting a pub called Goodfella’s on fire in Moncton.