Terrorist Attacks without a Motive 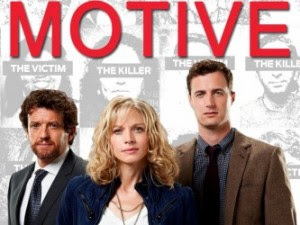 When tragedy strikes it's always heart wrenching. Yet every crime has a means and a motive. If someone accused of committing a crime didn't have the means or motive to commit the crime then that is a red flag calling for further investigation. Recently there have been two more terrorist attacks in the news. One had a motive the other did not. Both are suspect.

Why on earth would anyone drive a truck into a crowd of pedestrians at a Christmas market anywhere especially in Germany? Germans love Christmas and their Christmas market. During the war soldiers on the front line called an impromptu ceasefire on Christmas Day to exchange gifts with the enemy. Christmas in Germany is a very peaceful time.

As soon as the horrific incident occurred, CBC reported that The White House said it "appears to have been a terrorist attack." White House National Security Council spokesman Ned Price said the U.S. was ready to assist Germany in investigating and responding. Evidently Ned Price was suspiciously fast with a press release on the matter.

CBC also reported that it has been less than a month since the U.S. State Department called for caution in markets and other public places, saying extremist groups including ISIS and al-Qaeda were focusing "on the upcoming holiday season and associated events."

Isn't that ironic? Just like how the Israeli intelligence agencies warned the Brussels Airport of a possible attack right before it happened. Then got the contact to do their security after the attack. Cynical minds would declare the Israeli Intelligence agency that won the contract were the ones that had a motive to commit that crime not some random lone wolf.

So what is the motive for this attack on the Berlin Christmas market? There is none. In contrast, the other attack in Turkey did have a motive.

The Guardian reported that "The Russian ambassador to Turkey has been shot dead by a police officer who shouted 'Don’t forget Aleppo' as he pulled the trigger." In this incident a motive is apparent. Russia was directly involved with killing civilians in Aleppo so it is logical someone would target Russia in response. That one makes sense.

I am however, having difficulty with the math in relation to the attack in Berlin. All of a sudden the media is reporting ISIS has claimed responsibility for the Christmas Market attack in Berlin despite the fact that there is no motive. Germany certainly didn't bomb Aleppo, Russia did. The math I'm having trouble processing is the fact that the Americans and the Israelis were supporting ISIS in Syria to defeat Assad. Hillary Clinton used her position as Secretary of State to convince the American Military complex to supply arms to ISIS through Saudi Arabia and Qatar.

I did not make up the attack on the USS Liberty. That really did happen. I did not recall the air support sent to defend the USS Liberty when it came under attack saying I want that ship sunk. That was President Johnson after Kennedy was assassinated for vetoing Operation Northwoods.

Given the reality of Operation Northwoods, 911 and the attack on the USS Liberty, it behooves every rational mind to question the means and motive of every criminal act relating to acts of terrorism because the CIA is the largest terrorist organization on the planet.

The only motive for a terrorist attack on civilians at a Christmas market in Berlin points to German election candidates not ISIS or lone wolves. Lest we forget Sarkozy and the Karachi affair.

Germany of all places has to be suspicious of false flag attacks. That's where it all began. Hitler burned down the German parliament building and blamed it on terrorists to gain the powers of Chancellor. Then he burned down a German radio station and blamed it on Poland to justify an invasion. The rest is history. 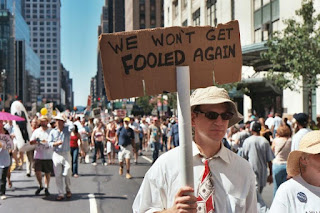