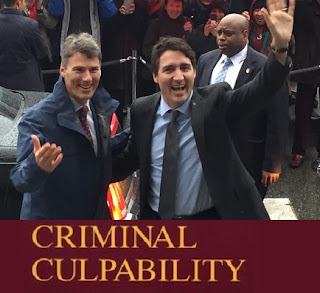 The end is near. The end of fiscal responsibility and public health care. News 1130 is reporting that @CityofVancouver votes to pass 2017 budget with additional 0.5% property tax to increase opioid response. Property taxes going up 3.9% total. The mayor's glutton council will use any excuse they can think of to raise taxes. Now they are pimping the fentanyl crisis which they created as an excuse to raise taxes again and kick back a fraction of a percent to promote more deaths. They don't even call it a fentanyl crisis. They are calling it an opioid crisis.

So first they create the problem, then they use it as an excuse to raises taxes like they just had a referendum on and failed so now they just do it anyways just because they can. Before I dive into Justin Bieber's criminal culpability, let's have a look at the Mayors' Gutton council. The media is referring to them as the Translink Mayors. WTF? They created a duplicate office for their gluttony and it just slides by unnoticed because Christy Clark is more than happy to have someone else raise taxes for her. Translink - the ones that are too cheap to buy snow tires for buses in Metro Vancouver so they pull half the busses off the street when it snows when demand is higher. Thanks for nothing idiots.

Justin Trudeau, friend of Communist China jumps in and says they're right we need more lethal injection sites. No we don't. Those are part of the problem not part of the solution. The four pillars program has four pillars not one. When you eliminate the other three pillars, you are trying to ride a one legged horse as harm reduction become harm promotion. Don't get me started on Insite's political slush fund.

Inspector John McKay explained the root of the problem. As soon as you set up a lethal injection site or needle exchange, the police let drug dealers sell drugs outside. Why do they do that? That is the problem right there. Getting addicts out of the allies is one thing but promoting the drug trade by pouring gasoline on a forest fire is something very different.

Now the pinnacle of the medical corruption has been revelaed once again. The Surrey Leader is reporting that a former RCMP officer is pushing to solve the problem by giving addicts medical grade heroin. How the f*ck is that going to solve the problem you raging lunatic? Who is going to pay for the drugs?! I can see it now, you can't get an MRI or Cancer medication but you can get free heroin. Every addict in the world will come here. That will bankrupt our sacred public medical system faster than you can say criminal culpability.

We need to stop the corruption and the insanity by simply arresting the drug dealers selling drugs tainted with fentanyl. That's it. Raising taxes to promote the drug trade means we all have blood on our hands for being accessories to murder.

Remember when Vancouver City Hall bought the Drake Hotel from the Hells Angels to turn it into social housing? They paid them twice as much as it was worth. They took $2 million out of social housing and gave it straight to the Hells Angels. This is the same proposal. People need homes not drugs. God help us. No one else will.

Wayne Moriarty is a voice of reason in a perfect storm of insanity.