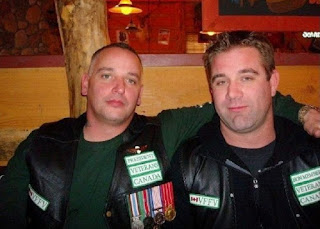 The BC RCMP is reporting that "Colin Lamontagne, an honorary member of the Vertens MC, has been arrested again. Search warrants carried out on two residences in Nanaimo have resulted in the seizure of a large quantity of drugs, weapons and various other stolen items. The search warrants were carried out on Tuesday November 29th, at a home in the 300 block of Ninth St and in the 13000 block of Cedar Road. With the knowledge there may be weapons and an illegal clandestine lab, entry was led by the Vancouver Island Emergency Response Team (ERT) and the E Division Clan Lab Team."

"40 year old Colin LAMONTAGNE of Nanaimo was arrested at the Ninth St home and taken into police custody. LAMONTAGNE is presently in the charge category for Manslaughter originating from an incident in Victoria. LAMONTAGNE has been remanded into custody and charged with Aggravated Assault, Forcible Confinement and Breach of his Recognizance. His next court appearance is set for Wednesday December 7th."

"Weapons were seized at both homes. Several high end stolen vehicles were located at the Cedar Road residence. The E Div Clan Team was tasked with searching both homes for the illegal clandestine lab and located a large quantity of drugs and precursors from the Ninth St home, used in the production of GHB." 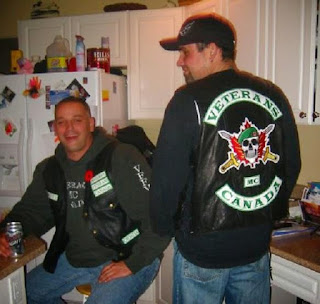