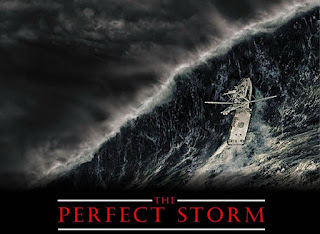 Wayne Moriarty is a voice of reason in a perfect storm of insanity. On the front page of today's Vancouver Province was the headline A Sobering Second Thought. Inside was a magnificent article written by Wayne Moriarty expressing his opinion that Sobriety needs more investment during the fentanyl crisis. Three cheers!

In the article he states "To date, more than $40 million has been spent by government departments in British Columbia on the fentanyl crisis. On Tuesday, Vancouver city council approved a tax increase of 0.5 per cent on all homeowners in order to further assist in this fight. The tax is expected to raise approximately $3.5 million next year, with most of the money going to all the predictable resources required when 'harm reduction' is your guiding principle."

"Here’s an idea: Instead of going all in on harm reduction, why not go all in on sobriety? Sobriety, sadly, has been lost in much of the discussion around the fentanyl crisis, and yet sobriety is the only thing that is guaranteed to work. Instead of more safe injection sites, more naloxone kits, more paramedics, more of everything and anything that will keep drug addicts stoned and safe, let’s invest in sobriety and, by extension, a vastly improved quality of life."

"Sometimes, when I listen to people talk about the care and treatment of addiction, it’s like they are talking about Stage 4 pancreatic cancer. Everyone, and I mean everyone, who is dying in the grip of addiction can save themselves by getting sober."

"Instead of this obsession with harm reduction, seemingly at the exclusion of all other solutions, our obsession ought to be overwhelmingly focused on having abusers of drugs and alcohol stop abusing drugs and alcohol. This means more publicly funded treatment centres and way way way more beds for the mentally ill." Here here!

Price Pro is the perfect example of the absurdness of the policy. Price Pro is a store that raises money for a private non profit organization that actually helps people get off drugs. Most of the other government funded treatment centres in surrey are flop houses that promote and exploit the methadone scam where doctors and pharmaceutical companies turn heroin addicts into methadone addicts for life and make a killing off the tax paid prescriptions. Price Pro can't get government funding because they aren't in on the pharmaceutical scam. They actually help people get off drugs and as a result can't get government funding. I kid you not.

Update: Well, well, well. I'm not the only one who agrees with Wayne Moriarty on sobriety. Several people wrote into the Vancouver Province expressing their agreement with his position. Sounds like the silent majority are finally beginning to speak up against the belligerent brats. People need homes not drugs. We need to spend money on housing not harm promotion.

You can't force all addicts into rehab but you can force criminals into rehab if they are prolific offenders committing crime to pay for their addiction. The courts used to make that a term and condition of probation.

Update: Turns out the response to Wayne Moriarty's article has been overwhelming and he put ut a follow up article as a result.

"Reaction to last Wednesday’s column staggered me. It wasn’t the volume of emails that had me reeling, it was that 98 per cent of the hundreds of responses sent to my inbox agreed with me. Some readers agreed with me more than I agreed with myself. I’ve been in the news business almost as long as ink, and I can tell you this: If I argued grey is a sadder colour than rose, I might get two-thirds consensus, so 98 per cent agreement on anything is, well, as I said, staggering. "