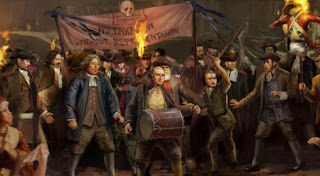 MSN News is reporting that 243 years ago today, In Boston Harbor, a group of Massachusetts colonists disguised as Mohawk Indians board three British tea ships and dump 342 chests of tea into the harbor. The midnight raid, popularly known as the “Boston Tea Party,” was in protest of the British Parliament’s Tea Act of 1773, a bill designed to save the faltering East India Company by greatly lowering its tea tax and granting it a virtual monopoly on the American tea trade.

Assassin's Creed 3 has a video trailer of the event. Interesting how back then people stood up against corporate monopolies. Back in the day when the Rothschild’s used hostile takeovers to gain a monopoly on the Oil market with Standard oil, the courts said that kind of a corporate monopoly was illegal. Antitrust laws prevented it. Now corrupt politicians whose campaigns are bankrolled by these scoundrels say gouging the consumers through corporate monopolies is good business. Not. It destroys the free market and everything real conservatives stand for. Times have sure changed so they have. It's time to wake up and smell the coffee so it is. 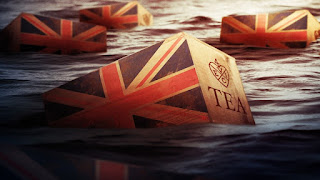