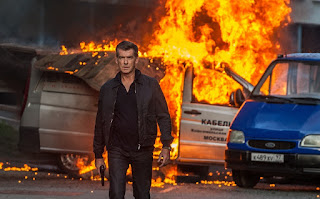 The Washington Post is reporting that Kellyanne Conway calls the CIA report on Russian election meddling ‘laughable and ridiculous’. The CIA report claimed Russia interfered with the US election to help defeat Hillary Clinton. That is indeed ridiculous. It fails the test of believability and clearly shows how desperate the CIA were to get Hillary elected.

I remember hearing in the news the absurd claim about Russia fixing the US election to defeat Hillary and wondered where on earth such a ridiculous idea came from. I thought it was from the National Inquirer. Now we have it. The ridiculous report came directly from the CIA itself.

I don't like Donald Trump. I don't support his racist insanity. Yet I realize some people who voted for him are not racist. They voted for him for other reasons such as a genuine desire to see the economy improve. Deep down that's what we all want.

Hillary Clinton on the other hand is a dirty criminal. She has been deeply involved in the CIA drug trafficking network since Mena Arkansas. Hillary Clinton was the author of Operation Fast and Furious. She was not an enemy of Putin. She sold him weapons grade uranium for his nuclear missiles. The CIA were the ones that helped put him in power.

The movie the November Man with Pierce Brosnan was based on a true story. So here's the deal. I realize no one cares about the CIA's drug trafficking network because most see it as a problem too big for anyone to fix. Yet that doesn't mean we have to go to the other extreme and become mindless sheep who believe and accept every ridiculous claim they make.

Why is the CIA still spamming the mainstream media with ridiculous propaganda? Because they can and for the most part, it works. We need to give our head a shake and use our brains so that we can see through the mindless propaganda and see exactly where they are trying to take us because they are the real enemies of the State. They are the ones who broke their oath to preserve and protect the Constitution from all enemies both foreign and domestic.

Update: I'm not going to flog a dead horse. Hillary lost the election. We need to get over it and move forward not backward. She is a dirty criminal so there is no love lost. If the Democrats want to retake the White House they have to run another candidate. It's as simple as that. Bernie Saunders was a better choice. The criminals pushed for Hillary and lost the White House as a result. That was a natural consequence of that bad decision.

I'm not going to get into a long winded debate about Republican vs Democrat or Capitalist vs Socialist. Communist China is the biggest threat to world peace on the planet. Second to China is the CIA who are pushing the same agenda - the destruction of civil liberty and the free market.

The point of this post was simple. I realize no one cares about the CIA's drug trafficking Network that murdered Gary Webb, but I do. Even if we chose to be an ostrich and ignore all that evidence because there is nothing we can do about it, then the least we can do is open our eyes and see through the ridiculous propaganda the CIA continues to spam the mainstream media with so we are not deceived by it. Consider the source.